There is no account of ancient history of Neemuch. In fact the name Neemuch itself originated during modern period under British rule. However along with origin of name , Neemuch more importantly witnessed historical events that not just changed the destiny of its local people but also people of the entire country. Below is a complete detail about Neemuch’s medieval and modern history. 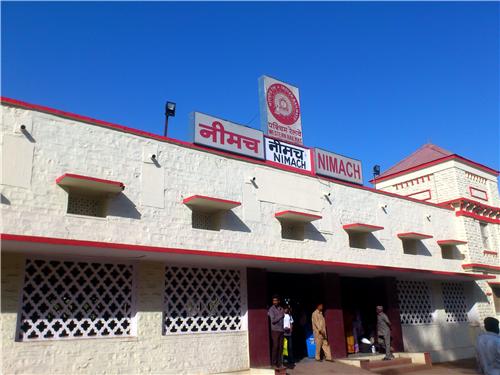 It is very important to know this as most people still don’t know how this region got its name and hence there are popular myths surrounding it. The most popular being that there is huge abundance of Neem leaves in the district, which eventually lead to origin of the name Neemuch. But the actual and real reason is that during British era this place was home to one of the main British military cantonment in entire India and hence ‘Nimuch’ actually stands out for North India Mounted Artillery & Cavalry Headquarters. Today however this place is spelled more as ‘Neemuch’ than ‘Nimuch’. Both these words may differ alphabetically, but their pronunciation is one and the same. But more importantly this is the only place in entire India whose name has been derived from a military cantonment. For this very unique reason Neemuch or Nimuch District stands out amongst all other districts of India.


History of Neemuch before British regime

Before East India Company and later British stamped its authority on Neemuch, this place was actually part of Ajmer province and was ruled by a king of Mewar. However, not much is known about the history of this place while it was under the rule of Mewar king. What is definitely known though is that the Mewar King ended his regime over this place after giving this place to Scindias of Gwalior to pay off his heavy debt. It is also pertinent to bring to notice that this place was not known by the name ‘Neemuch’ during those days. In fact it is largely believed that this place as such never had any specific name during ancient or large part of the medieval era.


Role of Neemuch in First War of Independence – 1857

Neemuch proudly played a very important role in India’s first war of independence staged in the year 1857 against the ruling East India Company. The war that pretty much shaped and changed the future of entire Indian subcontinent. It was Neemuch’s military cantonment that spearheaded the rebellion against East India Company. In fact rebellion and resentment brewing amongst Indians serving in the cantonment was so deep that British officers had to take refuge in nearby fort for protecting their lives. Few of the Indian army fighters even made a daring attempt to march towards Delhi. However, unfortunately East India Company somehow got better off the Indian freedom fighters from Neemuch & also from rest of India and first war of independence came to a premature end.

Any discussion about the history of Neemuch would be incomplete without mentioning CRPF (Central Reserve Police Force), India’s biggest armed police force. Since Neemuch is birthplace of CRPF, which today is playing an important role in safeguarding India’s sovrgnity. CRPF was born in 1939, when Britishers decided to convert its military cantonment into a police force; however Britishers had named it as Crown Representative Police Force. The change of name happened after India gained independence. Today CRPF has even deeper bond with its birthplace. Since CRPF not only has a huge cantonment, but also has a training academy. This training academy is considered as one of the premier police training academies in the entire country. CRPF is indeed like national treasure for Neemuch District. Even today people of Neemuch feel immensely proud of their region’s historical association with CRPF.

Modern history of Neemuch actually began in the year 1998, when it was carved out from Mandsaur District. Neemuch was part of Mandsaur District ever since the creation of Madhya Pradesh state in year 1956. In 1998 though Neemuch was carved out from Mandsaur and was allotted the status of district.Today Neemuch district is amongst industrially prosperous districts of Madhya Pradesh state. It also has comparatively higher literacy rate than most other districts. Another unique achievement of this district is that it records highest annual eye donation in the entire country.

Overall, modern history of Neemuch is mainly characterized by economic and social development witnessed during last two decades. From being once a military cantonment area during British period, today it stands on the cusp of path breaking economic development. In a way Neemuch has come a long way.